The first four hours of sewing on the Costume Challenge are done! I started at about 1400hrs and finished at about 1800hrs when it became far too cold in my house to keep going (broken heating…).

Work on the first tunic began! 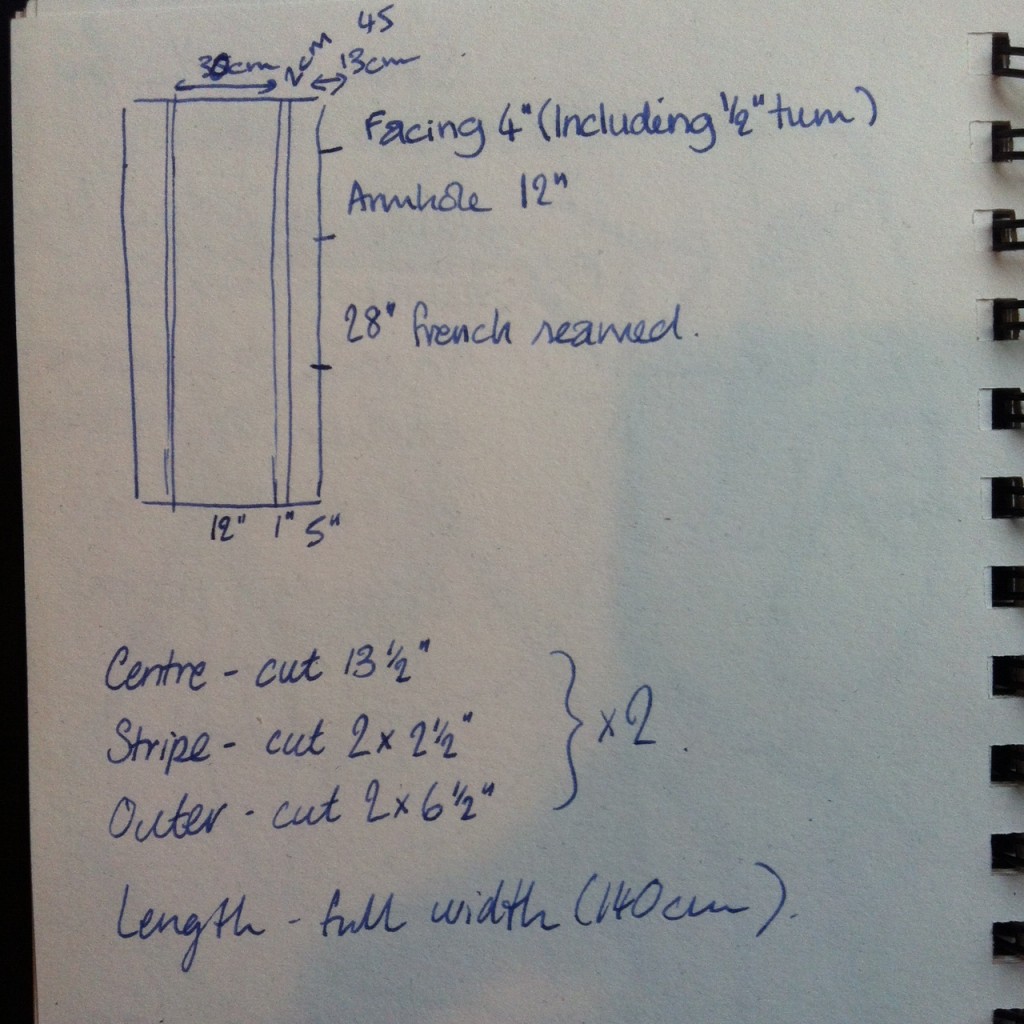 Then cutting. Everything is a straight strip of fabric the width of the bolt so I used a long gridded ruler and a rotary cutter. Must invest in a new blade, this one is not quite so good anymore. 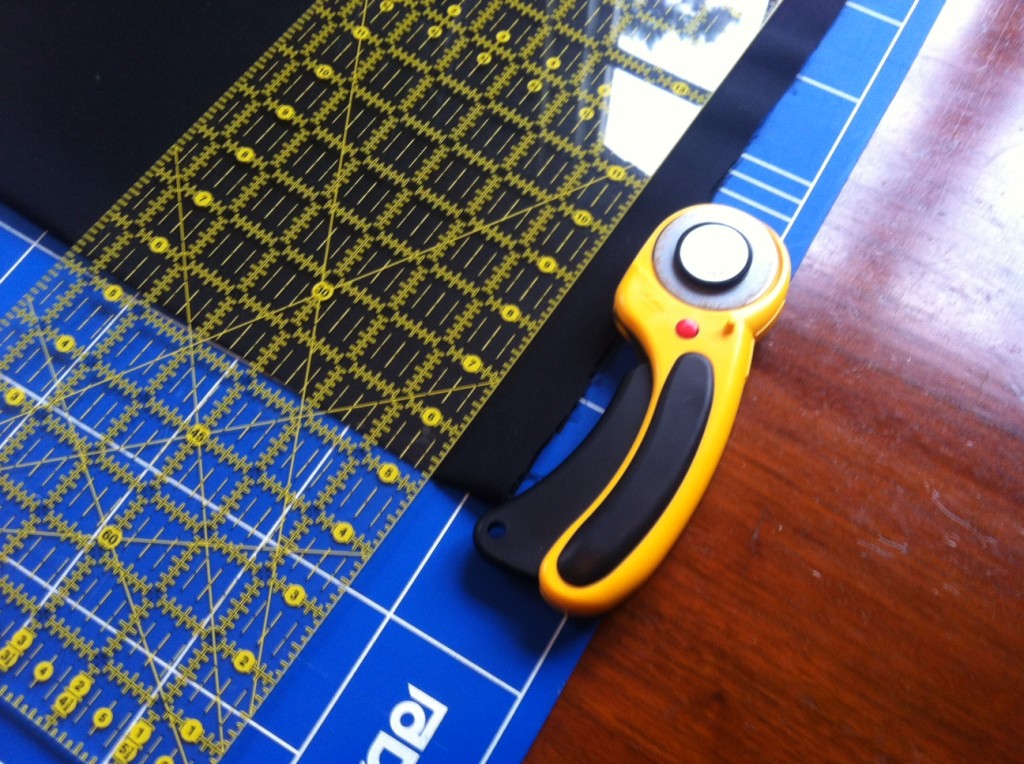 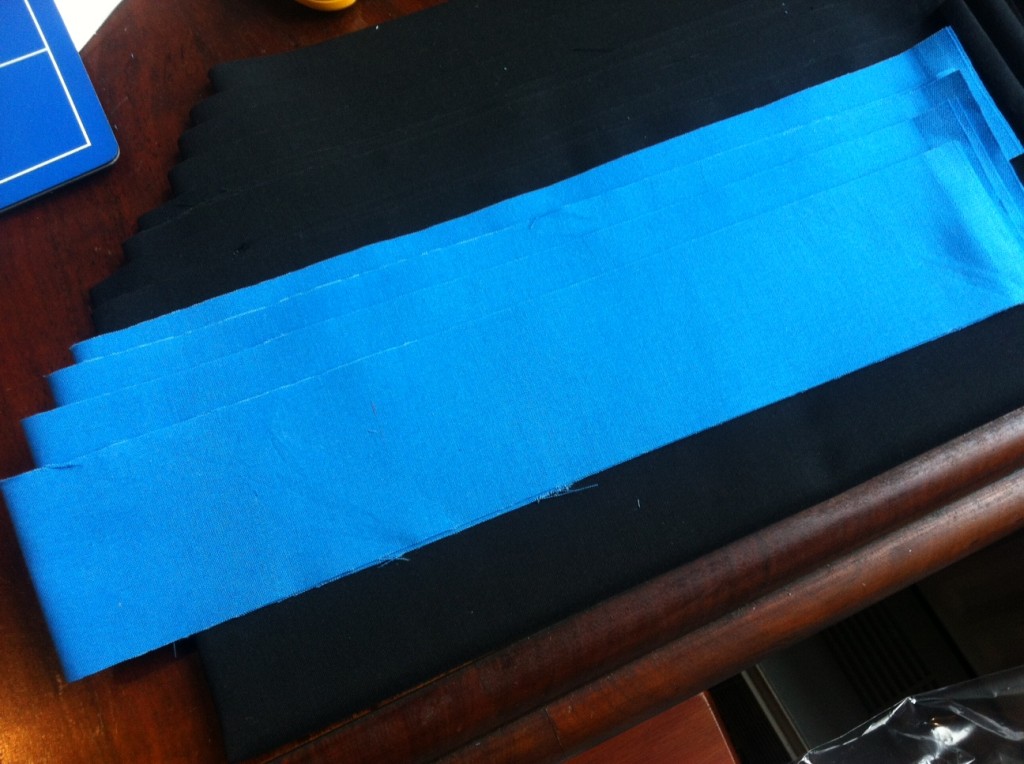 My grandfather was a tailor and it has highly influenced the way that I create. I don’t see the point in doing things if I’m not going to do them to a standard higher than I can afford to buy. For that reason I do things like enclose every seam. Every single seam. I don’t mind that it takes me longer because the finish of the piece if worth it to me, to create a beautiful garment that I want to wear and will last for many years. I will not make something you can just buy off the peg.

Check out the wonderfully neat french seams on the blue stripe! The blue fabric is pieced into the black rather than appliquéd on. I did consider the latter but decided it would be harder to get a lovely straight stripe. 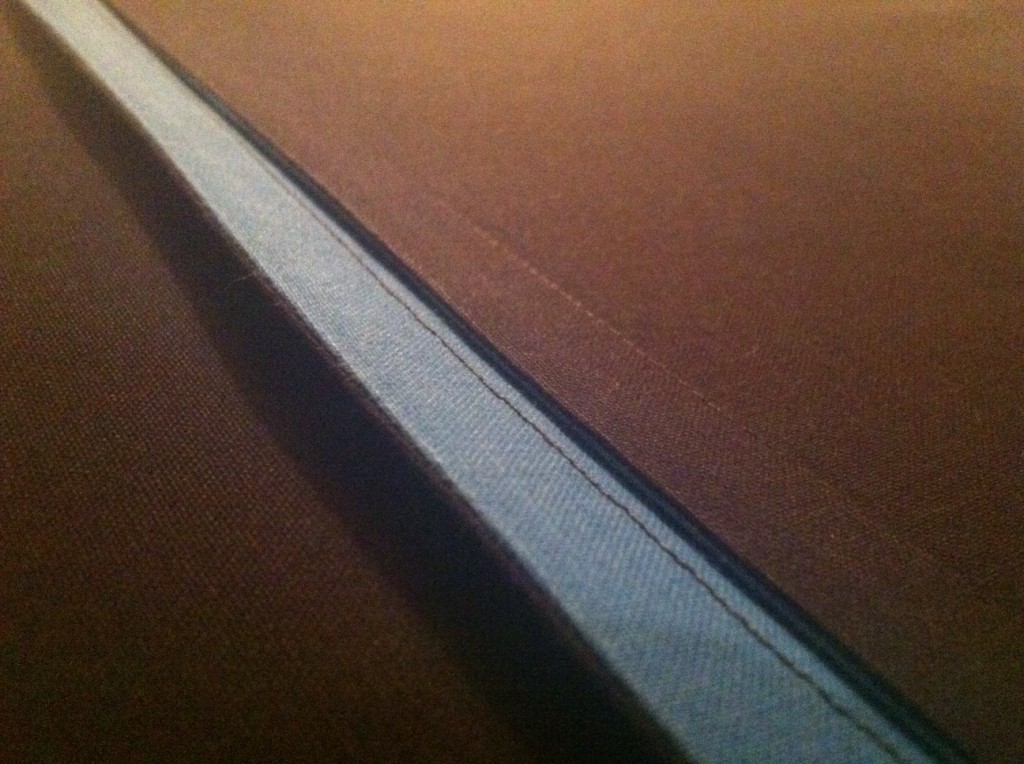 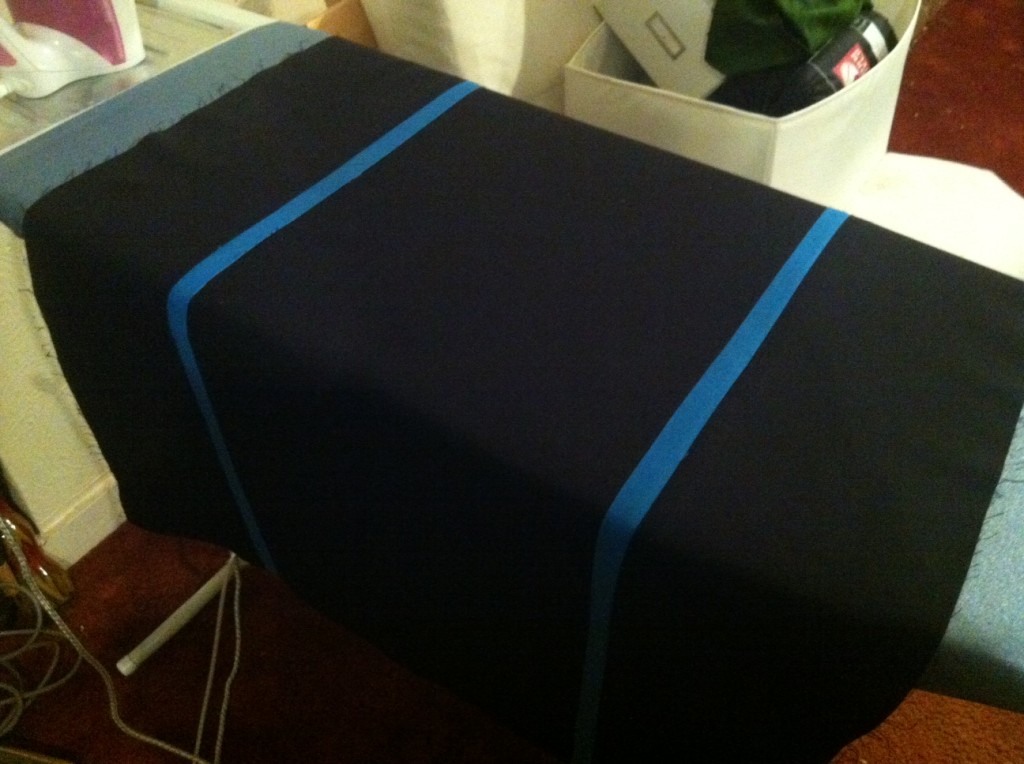 And here is where I left it. The side seams have been put in, it’s just raw around the arm scythes and the hem. I was going to just turn them up, but I think I will end up bias binding them. I am unsure yet if I want to bind in black or blue. Any thoughts?

The neckline is simply just ‘not sewn’ across the opening to make it a straight slash. It’s faced by simply turning over 4″ before sewing the shoulders together. The good thing about Ikea ‘Ditte’ fabric is that it has a lovely finished edge to the selvage! 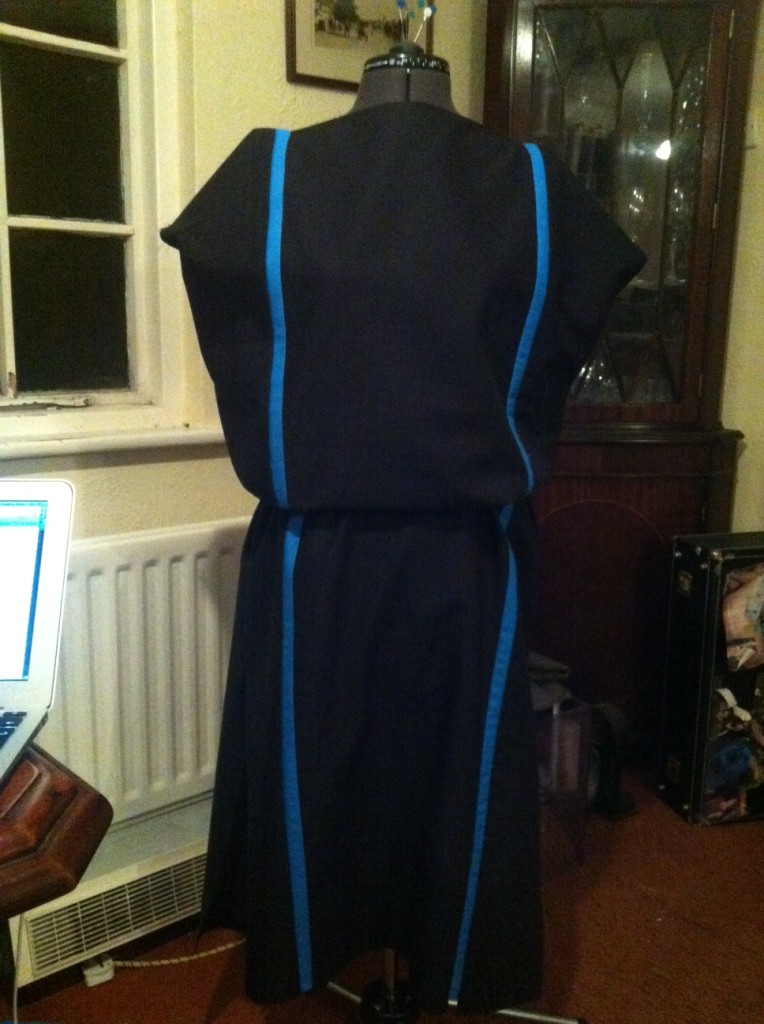 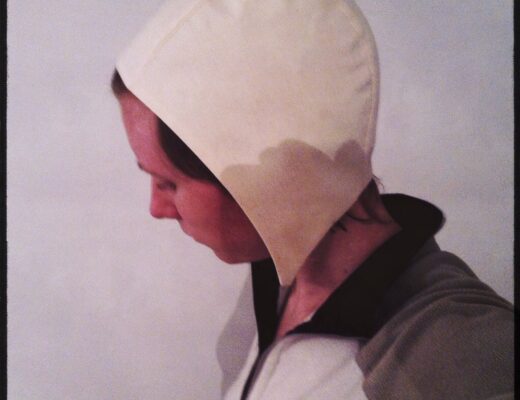 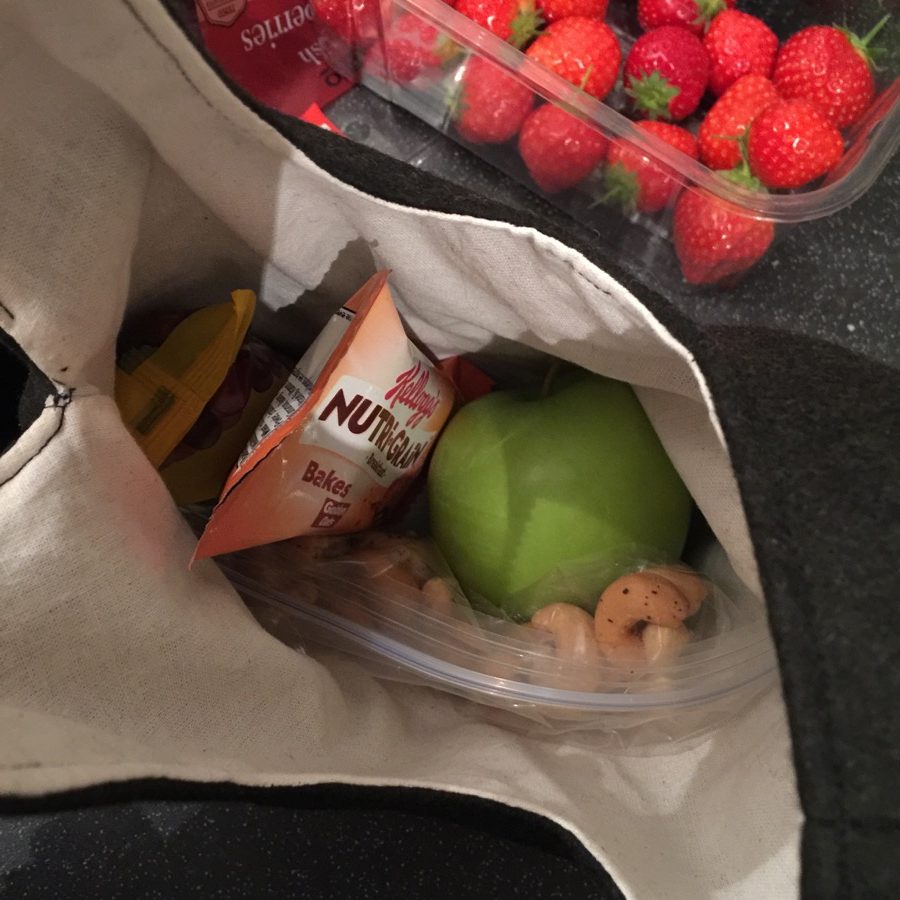 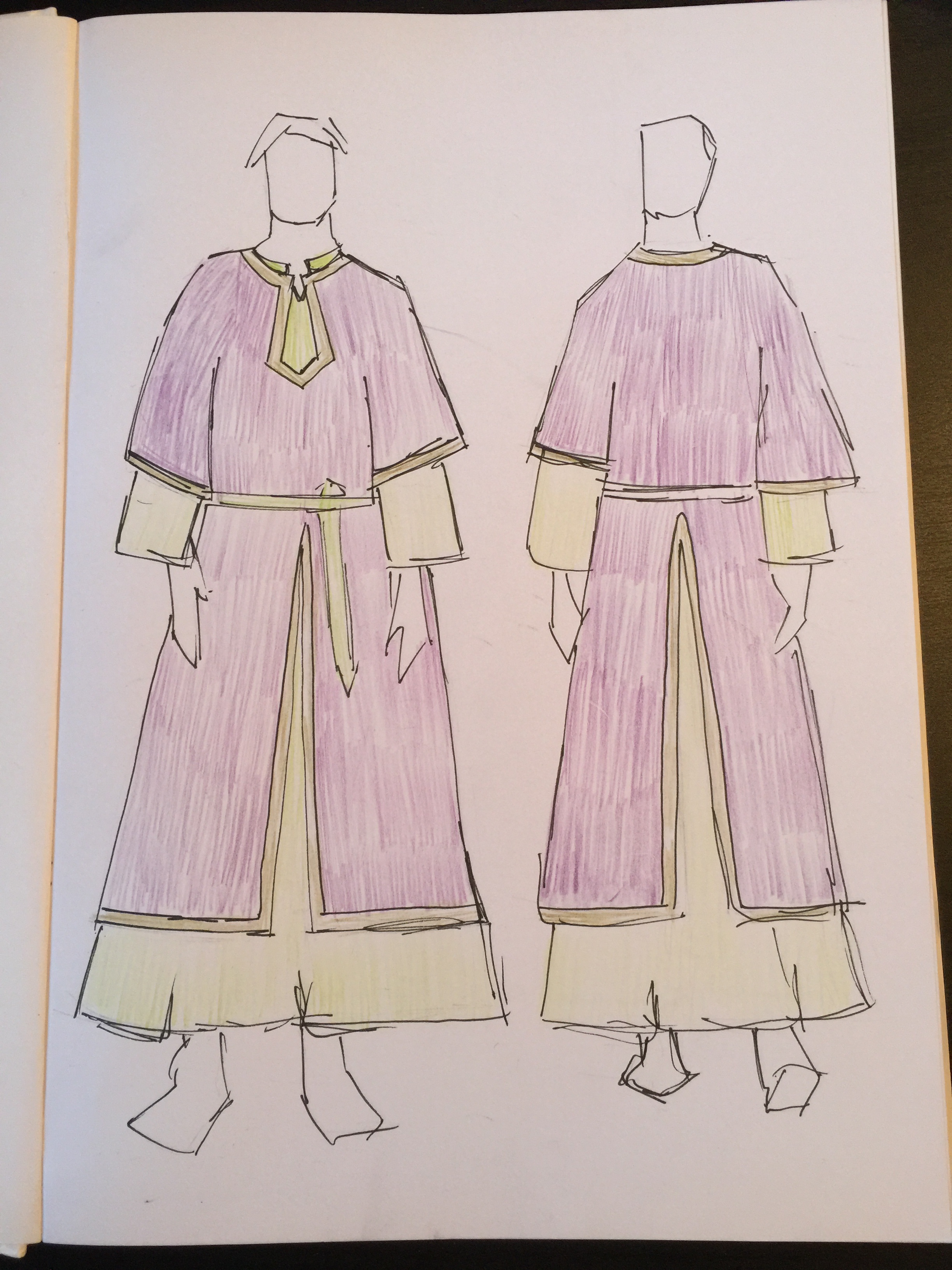 Stay up till Four In The Morning...