In the wake of the news(!) that Page 3 will now show women in bras instead of half naked, I’d like to address some concerns that I have seen posted on my social media feed, amongst other places.

Last week you were all “Je suis Charlié” in defence of freedom of speech/expression. Now you’re advocating censorship coz boobs?

It might seem like semantics, but nobody is calling for the censorship of boobs. Or not that I’ve seen anyway. What the people who are criticising Page 3 are largely saying is ‘Hey, we don’t think that some mass media outlets treat women with the same respect as men. We’d really like it if you did. Could you think about doing that please?’

It’s not just women objectified by the sun. How come every guy athlete is photographed in shorts and stripped to the waist?

I’d like to say that this is a fair point, but it’s not. When guy athletes strip to the waist they do it because they’re hot and they want to take their shirt off to cool down. The editors of the paper don’t put these images in because their readership find them sexy and arousing, they put them in because that is considered the normal behaviour of a sportsman. Well, a footballer. You don’t see many skiers stripping to the waist after having a good run. Not to mention that shorts are the standard uniform of most land sports. You think the photographers are going to run onto the pitch as a striker kicks the ball at a goal and asking him to put some joggers on? Didn’t think so.

Instead of asking why guy athletes are photographed in shorts and no shirts, perhaps we could instead why women never make it into the sports pages of Red Top newspapers? Or newspapers in general really, unless there’s an Olympic Games on. The fact that women’s sports are not considered good enough to report on in the newspapers (i.e. women’s sports are not news) is a symptom of the problem that goes hand in hand with the glamour models on Page 3 and the paparazzi reporting. All reinforce the idea that if a woman wants to get into the newspaper she needs to look great and show some skin. There’s no point in her being brilliant and successful in any other way.

You know what? I totally agree with you. But I’d also like to make you aware that you can be exposed to the sexist attitudes that it helps to reinforce even if you don’t buy it. Lucy-Anny Holmes covered this much better than I could in her piece for the Huffington Post. I’d like to highlight a few points though:

The school girl, who wrote to the Everyday Sexism project saying that the boys in her school hold up Page Three in the corridor and mark the girls out of 10 as they walk past, doesn’t buy it.

The woman who sits in a staff room everyday while a male colleague shows Page Three to all the men with the words ‘would you do that?’ doesn’t buy it.

The father who felt outraged that a man was looking at Page Three while his three-and-a-half year-old daughter was having a hair cut, didn’t buy it.

When Clare Short stood up in the 80s and spoke out about these pictures being in the paper, she received 1000s of letters of support. Twelve were from women who had Page Three mentioned to them while they were being raped. These women didn’t buy it.

The boobs in page 3 are there soley for viewing pleasure and no model who poses for page 3 is under any other illusions.

It’s true that many glamour models are brilliant, bright, intelligent women who are aware of the cultural arguments surrounding their choice to be a model – I was not one of those women. I worked as a glamour model to try and somehow get approval for my body. I felt I was liberated, but I actually really wasn’t. And that’s why lots of former Page 3 models speak out about Page 3. Because at 18 (or younger) how can we expect a young woman to make such huge decisions concerning her future? I’m not saying that 18 year old women aren’t capable of making good decisions, but certainly I think it’s very young to have enough relevant life experience in our sexist society to understand the full implication of their choices. The industry systematically takes advantage of the naivety of many of these women, and that’s not very pleasant at all.

To suggest page 3 breeds acceptance of objectification is the same as suggesting video games normalises gratuitous violence in teenagers & kids.

Except video games are fiction. The systematic sexist treatment of women in some mass media is real. You can’t compare real life with fiction.

I appreciate that video games also have a high degree of misogyny in many titles, but this is something that many of us are also working towards. If you disagree that this kind of behaviour should be normalised I’d love to have you on board with our work.

I feel like this is somewhat of a spurious argument, but I’m going to do my best. I’m not against men or women wearing makeup or tight fitting clothing. What I’m against is the fact that some mass media outlets perpetuate and promote the idea that women are only worth anything if they conform to a particular stereotype and take their clothes off. If people want to wear things that make them feel great, then I’m all for that. But that’s not the same as presenting a half-naked, primped women as ‘news’.

The human race objectifies people hundreds of times an hour as we walk down the street, whether it’s turning your head for a second look or crossing the road to avoid.

Objectification: treating a person as a thing.

But the important thing is how you act on that. If you objectify people inside your own brain and you don’t make any external actions, then I guess that’s ok. It’s your call how you work your grey matter. However systematic objectification of women throughout a newspaper in a way that affects many, many people is not ok. I think there is a pretty big difference between those things.

For if you censor then where does it stop? Transgendered people using a bathroom they were not born to? Muslims being offended at the cartoons of the Prophet Mohammed? Women sunbathing topless on family beaches?

1. Once again, there’s no call for censorship. There is a call for mass media outlets to treat women with the same respect as men.

2. Transgender people use whichever bathroom is relevant to their status. I’m trying to think of a polite way to put this, but their ‘birth sex’ is none of your fucking business.

3. Everyone has a right to be offended. That’s ok. To be offended means resentful or annoyed due to a perceived insult. It’s natural human reaction to being insulted. I think the Pope made a fair point on this the other day – if you talk trash about my mother, that’s going to make me pissed. It’s how you act on those impulses that sets you apart as a person.

4. Where did women sunbathing on a beach come into it? Oh, I see. You think that those of us who think that women should be treated respectfully in the newspapers believe that tits are bad? I’ll tell my girlfriend. I’m sure she’ll find it hilarious.

The women in the pictures are very well paid models who know what they are doing, I’d have thought a feminist or a male apologist would be campaigning for the right for them to show naked breasts, not cover them up.

Just to set the record straight, posing for Page 3 isn’t generally that well paid. Not considering the amount of work that goes into it and the fact it basically devastates your ability to do many careers in the future. Your average (non famous) glamour model is probably doing well if they’re making £15k a year. I mean, they’re probably doing really well. Not so great really, is it? You could get paid more stacking shelves in supermarkets.

You say male apologist like it’s a bad thing for men to support equality for women.

And lastly when you say it’s about access, show me someone under the age of 18 who actually buys a newspaper.

But you know, Tesco didn’t just put some tabloid papers behind screens for no reason. They felt it was right right thing to do. To stop young people seeing overtly sexualised pictures of models (and celebrities) at eye level. I can’t see why anyone would think it is a good idea to instil in young peoples minds that overt sexualisation of women is natural, normal or a good thing. Perhaps we can encourage this generation to grow up with a far more egalitarian outlook if we stop ramming the message that women should be sexualised down their throats.

This “I don’t want boobs in my news” is ridiculous because I’m betting that no-one who is for the removal of page 3 actually buys and reads The Sun.

I don’t see how this is a relevant argument. I don’t buy battery farmed eggs and yet I still campaign for the removal of battery hen farms.

So it’s about censorship and removing some else’s access to something.

I think this is also a great place to leave this video. Again.

The ‘Woman’ point of view 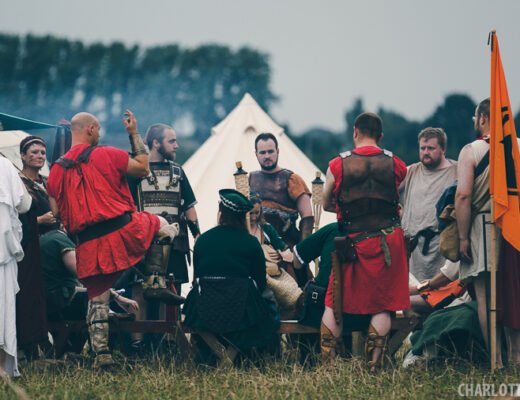