So… this Empire just gone was way too hot. So I started a thread on Costume Froth to find out how people had dealt with it themselves. I wasn’t sure if it was a bit weird or not to basically wander around in medieval pants, but apparently that’s all right and we’re a free and easy community of role-players, so I figured that was the best thing to do.

I currently have a giant spool of cream thread loaded in my sewing machine so I’m going through projects that require cream thread to finish them off. While tidying stuff away I came cross a pair of trousers I’d made up to test out a pattern for some trousers for Simon. They were too tight for his fat ass, but I tried them on and they’re alright for me. So I cut them off at the knee, hemmed them, and now I have something approaching IC pants for future hot events (and for wearing under my Odyssey robes). 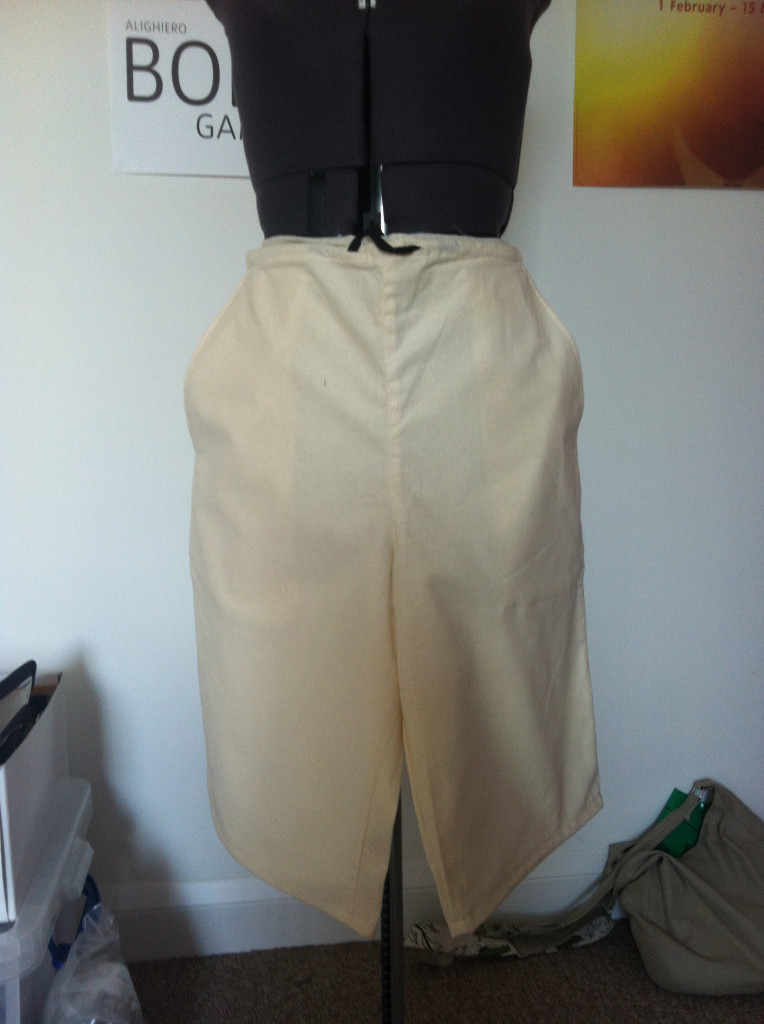 Yeah, so they’ve got pockets. And black tape in the waistband instead of matching cream tape (which I might fix at some point). But they’re good to go. At some point I might put a draw string in the hems, but right now I’ve got a project done and out of my sewing box and into my wardrobe.

The pattern is Simplicity 3633, which is actually for hospital scrubs. But they’re simple and they work. (Also as usual, french seamed throughout, no raw edges for toughness in the field.) 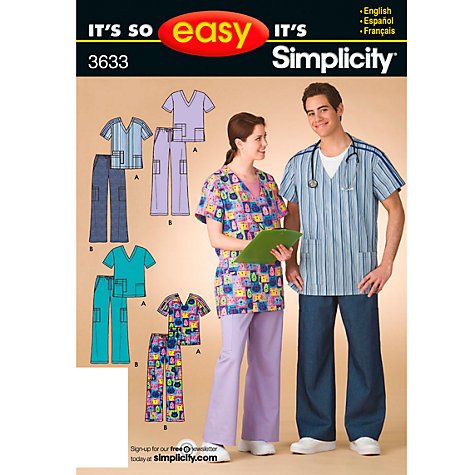