I make no secret of the fact that my chosen subject academically is gender studies. Yes, I’m doing it from a history of art and photography point of view, but gender studies is at the core of what I’m interested in. It’s taken me a long time to get to this place, it was only at about 27 or so that I realised this was what I was interested in. That’s because I had to make my own way there through the storm of teenage years and then painful twenty-somethings (that, FYI, feel like you’re pushing a rock up a hill with no end in sight).

I got here through a convoluted exploration of what it means to be a woman in our society. And occasionally what it means to be a man. I’m pretty liberated on the whole in my approach to life, or rather I like to consider myself flexible. I live a solo-polyamorous lifestyle with a touch of relationship anarchy. I relate to different people in different ways and something that also means sex comes into the fray. I’d also like to add that I think I’m pretty liberated and open minded in this respect too. Certainly sex isn’t a taboo in my world, nor are different relationship styles, sexuality, power balances and all the rest of it.

But to be quite honest, I’m so over sex. When it comes to LRP anyway.

I admit, I’ve only been immersing myself in LRP for a year now. Seven events in total, all of them run by PD. Five Empires and two Odysseys. I’m not going to comment on Odyssey, I know nothing about the gameplay mechanics. What I do know about it is that it’s an adult themed game that deals with adult topics and actually, they seem to be written pretty fucking well in a non-giggly kind of way. But Empire, well, it seems different.

The first half of 2013 seemed to deal a fair bit with making some people understand that this was a setting where gender or sex wasn’t a barrier to doing things. I don’t know what other systems are like, but from the way some people apparently behaved I can only extrapolate that in other systems it’s ok to stop women being generals, and men don’t do the cooking in camp. Or, with a nod to my beloved Warcraft, ‘healer girlfriends FTW’!

This sucks. You know why this sucks? Because this is far too much like REAL LIFE.I know there are some people who I will have lost at this point, so this is the basic explanation: You know how if you’re a guy and you go to a fantasy LRP it’s cool because you get to be someone else? You know, if you’re normally a stockbroker who wears a suit to work every day and is oppressed by their boss you get to instead be an AWESOME GENERAL who goes round smiting foes? That’s fun, right? Well you know what’s NOT fun? Playing the same role that you play in every day life. I mean, would you go to a fantasy LRP and play a stockbroker who wears a suit and is oppressed by their bosses? No? Well then, I guess that most women don’t want to go to a fantasy LRP and play their every day role either. So just do me a favour, don’t stop a woman in her goal of doing something cool at an event just because you think that women shouldn’t do XYZ. Maybe she wants a break too.

Anyway. That’s not entirely what I wanted to talk about, except for the fact I’m trying to point out that gender or sex is rarely relevant at Empire.

So you know what blows my mind? The amount of women who want to be prostitutes at LRP. I mean, I get that everyone has a right to play their fantasy game the way that they want to play it. That’s totally cool. And I know that ‘the real world’ is not supposed to have a bearing on LRP’s like Empire and the way it’s played, but the reality is that is does, because you can’t just lose your cultural experiences when you step the other side of a hedge.

Now, apparently there are male prostitutes in LRP too so it’s all ok and not horribly sexist. However, I find this a little… well… unpalateable. From what I can gather, there aren’t many male prostitutes in LRP. And by all accounts, they’re generally frequented by male characters too. Which means that we have basically just forced an outside world structure of patriarchal oppression into the game. It’s not so much that women are mostly the sellers of sex here, it’s the fact that male characters are pretty much the buyers. I don’t agree that being a seller of sex means that you hold the position of power in the transaction. You can offer to sell your body all day long, but if no one is buying, then you have nothing. Whereas having primarily male characters purchasing another persons body – that gives them all the power in the equation.

I also understand there is some argument about female empowerment and taking back a role that in the real world is primarily the preserve of male pimps. I can kind of see that, but it still doesn’t sit right. How about we just abolish the idea that sex can be used for power? Because like it or not, the power is pretty much always with the one doing the stabbing. There’s a reason that a metaphor for the penis is the sword, and it’s not because of it’s shape or length (sorry guys…). The penis is the ultimate tool of patriarchal power. Even if you ignore all the other subtle reasons, it can still get you pregnant and put you out of action. Being a female prostitute is a dangerous profession where, on the whole, you’re at the whim of a bigger, stronger person who could take advantage of the situation at a moments notice. There’s nothing empowering, to me, about that situation.

But guys, it’s ok! Because everyone knows that people are buying back rubs or a cup of tea and not actually sex. I have a problem with that too. Firstly it’s because it’s a naming thing. I’m a sucker for trying to use the right word. You’re not a prostitute or a brothel if you’re not selling sex. What really disturbs me though is that apparently some characters play the role of a prostitute because they want to actually give beauty treatments or massages in the game! I mean, I don’t understand this at all! Is there so much shame in setting up an in game ‘health spa’? Why is it more acceptable to say that you run a brothel rather than a spa? What kind of a fucked up world is that where selling sex is more acceptable than selling a skill?

On hearing that back rubs are used as a phys-rep for sex in LRP I got a bit worried. I’m quite an intimate person with my close friends. I like to touch, cuddle and yes, even give a back rub every now and again. But that worries me. If a back rub is a phys-rep for sex, there’s far too much of a risk that it could be taken the other way too. By offering someone a back-rub, is that code for offering someone in the game-world sex? I don’t like that at all. I’m quite socially awkward and I would hate to offer one in kindness and have it taken the wrong way. That’s really uncomfortable and brings us back to what I was saying about how it’s really shit being held accountable to real-world crap in the game-world. Surely we LRP to get away from the reality of things like sexism and inappropriate sexual harassment – not unwittingly find ourselves back in the middle of it?

I think what bothers me most is that we’re trying to shoehorn patriarchal structures into a world that doesn’t make allowances for them. This concerns me. It concerns me that it was written into the game as an *active choice* by the designers. That arguments were made for prostitution being a crime within the empire. Unfortunately this isn’t a satisfactory response either, because it acknowledges that there are *real world* problems with prostitution that can be transferred into the game world. This is one of those occasions where I kind of with people would just leave the subject alone. I admit it could be done *really* well by a player who was super intelligent and able to apply quite highly abstract concepts of gender and sexuality into the game, but unfortunately, I’m not sure that the tales I’ve told reflect that.

I don’t know. I’m pretty blasé about sex. If you want to do it, then do it. If you don’t, then don’t. And that’s about as close as I want to get to it. But you know what? As a liberated person who has more than her fair share of liberated relationships with liberated sex, I just don’t really see the need to push it as part of a game world. That includes playing characters like prostitutes or seeing sex-plot out on the field or having immature character (both PC or NPC) backgrounds that fulfil some weird sexist stereotypes in the real world. We don’t need that shit in the game world as far as I can tell.

For a while the other day, when discussing sex cropping up in LRP in various guises, I felt extraordinarily prudish. I was the one thinking ‘is this really necessary?’ Because in my world, sex just happens. It’s not ‘a thing’ that needs to be focussed on. Actually to focus on it makes me a little uncomfortable because it’s just so normalised in my world. And I get the impression that perhaps the people pushing for sex to be a part of the setting are maybe a little naive when it comes  to talking about sex. There’s this slight vibe of teenage boy comedy movies like American Pie or whatever other shit Hollywood has come out with recently.

It’s not that I don’t want to talk about it, it’s just that I feel perhaps it’s being given too much weight. Plus at Empire, there’s no nation where sex is A BIG THING. Lots of romance, yes, and presumably lovely sex happens as part of those romances. But in the same way that my friends don’t tell me about their sex lives, the characters don’t talk about theirs. It’s not that they’re ignoring it because we’re prudes, but rather just because it’s so everyday that actually it’s pretty bloody boring.

And that’s just it. Sex is boring. Well, you know what I mean. Not while it’s actually happening, you hope. But whenever I see some puerile, teenage, sex-comedy film I just role my eyes and get irritated with all the rife sexism, immaturity and general lack of worldliness of the writers and characters. It seems, unfortunately, that LRP is no different.

To me, there’s just a whole world of more interesting stories to write about. But perhaps that’s my fault for being a bit more on the liberal side of things. 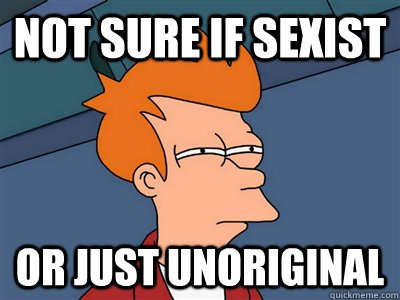