Feeling inspired by good progress on the coif, I decided to start working up a cote for my Empire costume. After all, a good archivist needs a flowing cote to go swashbuckling in tombs, right?

I know it’s not really very ‘Highguard’. but I’m also kind of limited by the fact I spend most of the time in the woods with my camera round my neck. The challenge here for a young and adventurous archeologist type is how to find a compromise between the strict lines flow of Highguard, while maintaining the ability to move easily. Armour hides a multitude of sins for most people. I think the key here is in the colour. Black, black and more black, with contrast white linings and bindings.

But I have come across a problem. I want a men’s fitting cote, but I have a woman’s body.

So following the guides in the medieval tailors handbook, I worked up the pattern for a 14thC men’s cote. The problem is, it’s too big at the shoulders but fits round the chest. As the author notes the whole ball of the shoulder should sit outside the seam and in the sleeve itself for a period fit, but you can see that’s not happening here (even though my mannequin doesn’t have shoulders). 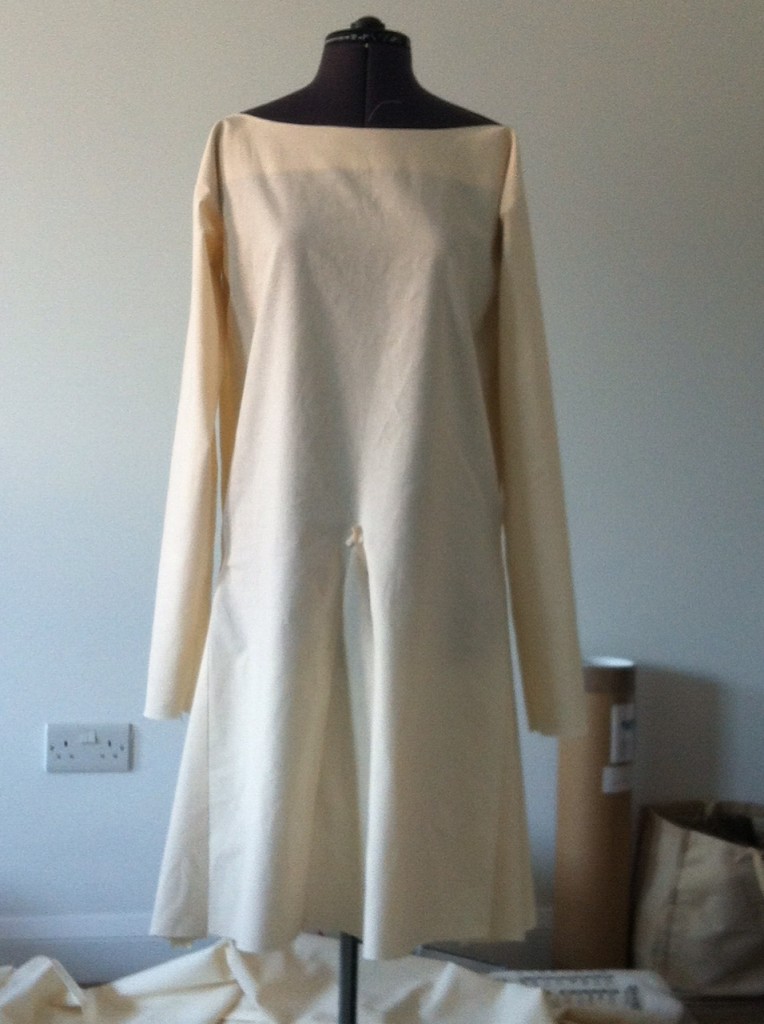 Actually that’s a terrible picture. But you can also see the other problem I’m having, setting gores into flat pieces of fabric. Fuck that, I’m going to quarter it and stick a seam down the front and back.

So here’s where I started to pin it on the stand in order to change the fit of the shoulders. 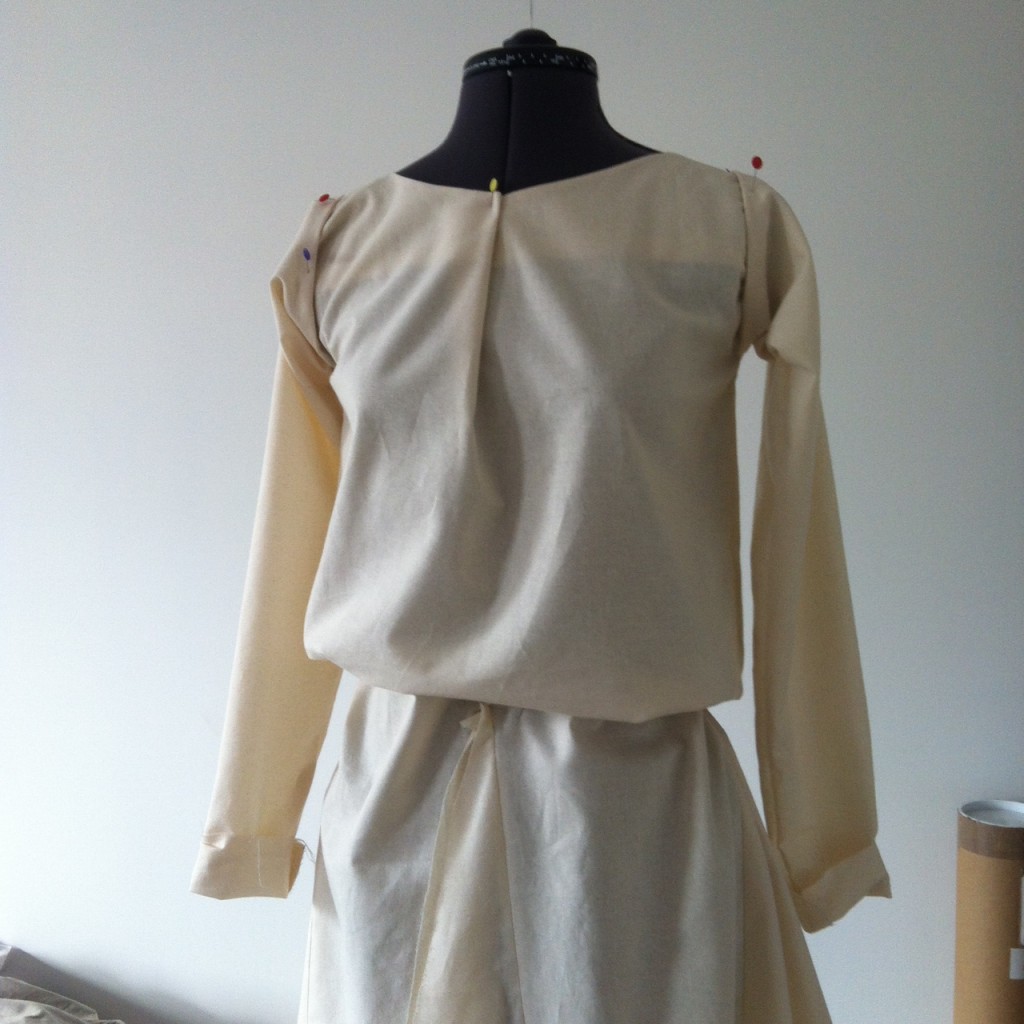 I’ve taken some out the front and back and also narrowed the shoulders to make up for me not having big, broad, manly shoulders.

You can see that the medieval sleeve fit is *very* small. Just a 40cm circumference. This is where my problem is apparently lying. Them sleeves, they’re bloody ugly. However I’m not sure if this is a result of my sewing, or if early medieval cotes just had ugly sleeves… 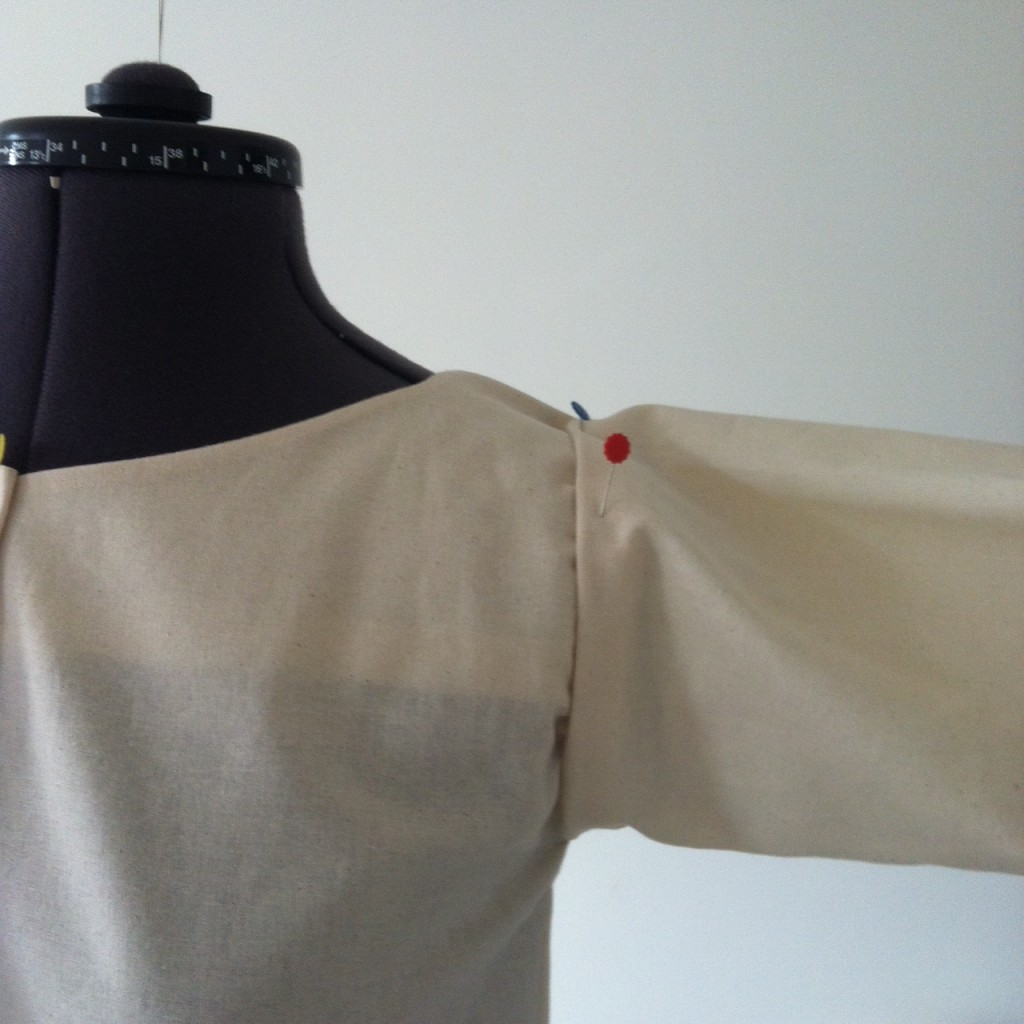 So anyway. The other problem with pulling it in so much to fit is that I’ll never get it on and off. Form fitted is great when you’re a guy, but harder when you have breasts. So I have two choices, I either make it button up the front (I’m not keen) or I go for a less authentic fit.

I made these linens early on last year and they fit really nicely. I enjoy wearing them because they’re so comfortable. 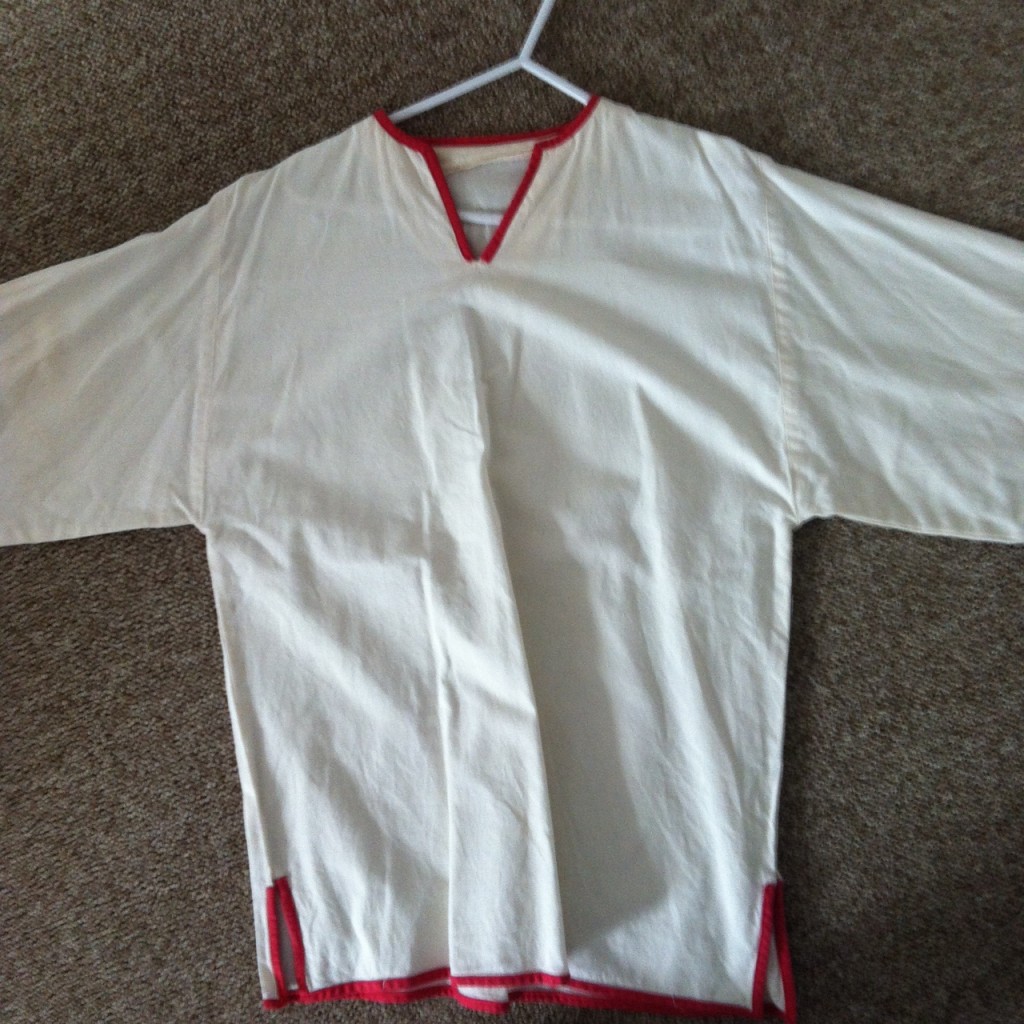 They’re a kimono style sleeve which gives lots of room for movement, and a sloped shoulder. I know I lose *alot* of the authenticity, but I think it might be a worthwhile compromise considering what I’m trying to do.

The 'Woman' point of view